Possibly the most beautiful wood in North America, American Walnut is highly prized by furniture designers and architects.

One of the most highly sought out species in North America, it would be hard to overstate Black Walnut’s popularity among woodworkers in the United States. Its cooperative working characteristics, coupled with its rich brown coloration puts the wood in a class by itself among temperate-zone hardwoods. To cap it off, the wood also has good dimensional stability, shock resistance, and strength properties.

Grain is usually straight, but can be irregular. Has a medium texture and moderate natural luster. Typically easy to work provided the grain is straight and regular. Planer tearout can sometimes be a problem when surfacing pieces with irregular or figured grain. Glues, stains, and finishes well, (though walnut is rarely stained). Responds well to steam bending.

Heartwood can range from a lighter pale brown to a dark chocolate brown with darker brown streaks. Color can sometimes have a grey, purple, or reddish cast. Sapwood is pale yellow-gray to nearly white. Figured grain patterns such as curl, crotch, and burl are also seen. 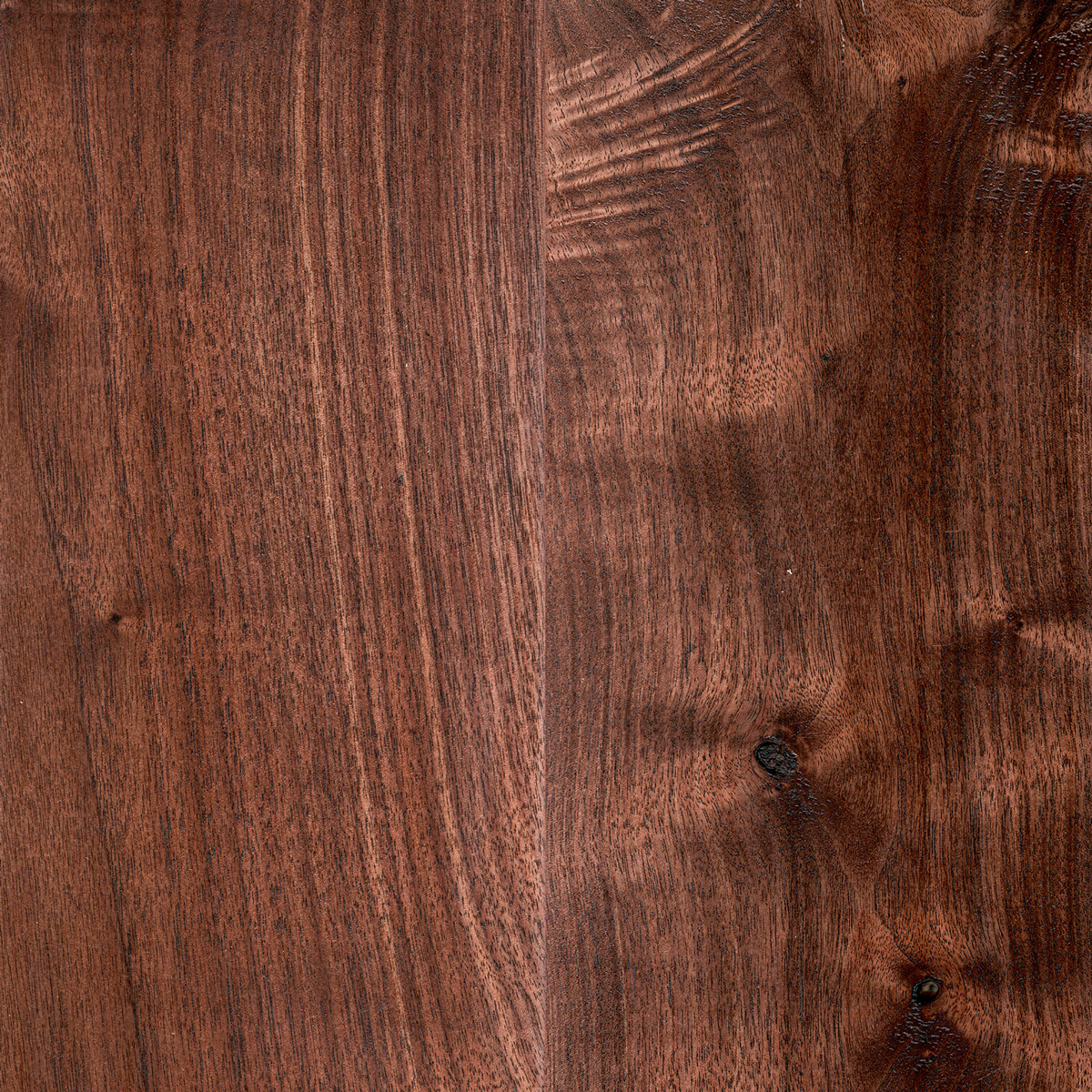 We typically offer American Walnut in the following sizes and grades:

Check out some species other than American Walnut